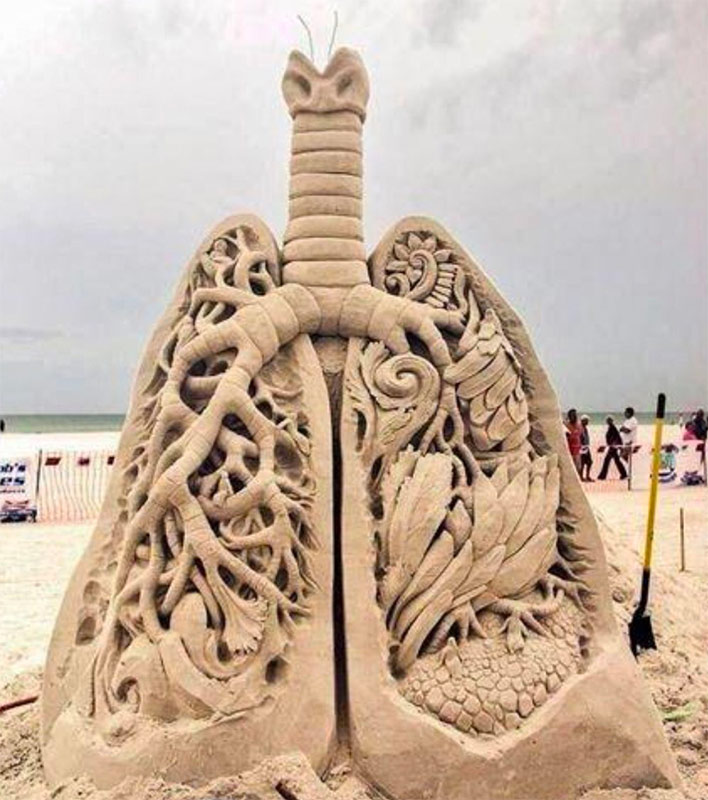 A 52-year-old client suffering from chronic obstructive pulmonary disease (COPD) and diabetes came to see me to improve his breathing and to bring more energy into his body.

He has been going through a stressful divorce for the past two years. His wife prevented him from seeing his two children, aged 10 and 12. Currently, he has been feeling low in mood.

He blames himself for the things that went wrong during his marriage. His appetite is poor. He has difficulty sleeping. He finds it too hard to motivate himself to go to his job as an office manager at the university. Because of his low mood and lack of energy, he stopped playing badminton with his friends.

What is Transformational Breath®?

Transformational Breath® is an effective self-empowering tool to encourage clients to use their own breath to achieve physical and emotional well-being within a short period of time. It has been said that a one-hour breathing session is equal to two years of therapy.

The practice works on three levels: the physical, emotional/mental, and spiritual levels.

On a spiritual level, once the breath opens us, repressed emotions are released from the unconscious. We start to connect to our wise and intuitive part of ourselves, the part that is always there but it is clouded by an overly active mind that keeps ruminating about the past and worrying about the future.

During treatment, clients are taught to use a full connected, diaphragmatic breath, which massages the tissues and organs surrounding the diaphragm. The client’s breath is closely monitored and they are told where they are restricting their breathing. Their breathing pattern also tells us where any blockages may be, and these are gently adjusted. The use of techniques including hands-on acupressure, sound, movement and positive affirmations helps the breath to open up and flow more freely and encourages integration of repressed and suppressed emotions. By practising frequently, the breath soon becomes less restricted, and alongside the physical benefits of freer energy flow throughout the body, people develop better mental and emotional health, too.

Transformational Breath® brings incredible benefits to clients who are suffering from heart conditions, asthma, COPD, irritable bowel syndrome, depression, anxiety and trauma, and many other conditions

I offered the client a minimum of five Transformational Breath® sessions to start with.

During his first session, I helped him to see the link between his repressed emotions and his physical illness of COPD and diabetes by giving him a psycho-education on the relationship between mind and body. I also encouraged him to set an intention, which was to feel ‘more energetic and alive’.

I identified his breathing pattern and the amount of the breath he takes into his body. As a Transformational Breath® facilitator, we know that people with COPD (a group of progressive lung diseases that include emphysema and chronic bronchitis) have difficulty with the outflow of air from their lungs. Thus, exhaling incompletely creates a situation in which carbon dioxide is not being fully expelled, so there is little or no room for the intake of oxygen. This cycle creates the feeling of not being able to get enough air. Therefore, the person’s breath becomes short, shallow and fast. They inhale more than they exhale.

By practising conscious connected breathing with no pauses between the inhale and exhale, the client was able to open his breath by inhaling deeply from his belly without forcing himself to inhale constantly, taking in a large amount of oxygen by using his diaphragm and his whole respiratory system. Breathing from his belly freely and fully helped him to be more energetic. As a result, he started going out for a walk and played a badminton with a friend on Friday evenings.

After establishing the physical benefits of Transformational Breath®, I then focused mainly on the emotional aspects of his breath pattern. He talked about his feelings of anger towards his wife without showing any emotions. Instead of feeling his feelings, he controls them by complaining, overeating and drinking. These coping strategies to avoid his feelings can be read in his breathing pattern. He controls his exhale. During the session we applied pressure on his sternum accompanied by the gentle affirmation of ‘It’s easy to let go’, ‘I am ready to let go’. In relation to his holding his breath and non-expression of anger, by doing acupressure around his jaw with the affirmations ‘It’s safe to express’ and ‘I am heard and I am listened to’, he started expressing his anger and frustration with sound and movement.

His breathing pattern reflects his negative beliefs and thoughts in relation to his re-lationship with himself and with others, especially me. The point on the left side and right side of the body between shoulders and armpits, which we call ‘compassion points’ were tight and painful when I put pressure on them. So, I then gave him the affirmation ‘I accept and love myself and others’. After toning and pounding (sound and movement), he was in tears.

From my experience of working with clients with asthma they have usually suffered a childhood trauma of being abandoned or being emotionally neglected by their main care-giver. As a result they may have low self-worth.

During the client’s fourth session, we focused on his core belief of ‘I am worthless’, which underlies his overeating and drinking, and not breathing from his belly. By using an affirmation that is the opposite of feeling worthless – such as ‘I am worthy of receiving’ – with the combination of breath, movement and sound, he began allowing himself to accept help from others.

During the last session, the shame emotion, which was underlying his destructive behaviour and overeating came up. I therefore worked on his left shoulder and his chest using the positive affirmations to encourage him to have compassion, love and forgiveness for himself by

After five sessions, he reported that he had become aware of various sensations in his body. His mind had slowed down. His appetite and sleeping pattern was much better. He started regulating his emotions effectively; for example, instead of re-pressing his anger, he started expressing his anger in a constructive way rather than being either passive or aggressive. He was surprised that his ex-wife allowed him to see his children two weekends in a row.

He is going to practise the breath work regularly. I told him that I will contact him after eight weeks to follow up.