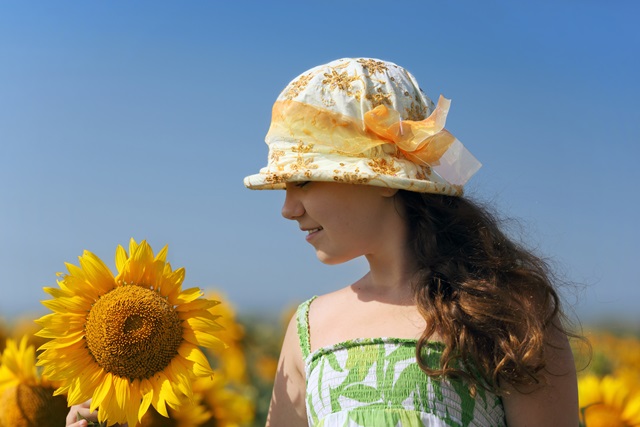 Research findings indicate that 10% of children aged 5 to 16 have a clinically-diagnosable mental health problem and, of those, 70% will not have received support from mental health professionals. In addition, it has been estimated that 20 percent of children have an undiagnosed mental illness. Yet the number of children receiving treatment for a mental illness is very low. That means that a large number of children and young people are dealing with a genuine health condition without getting professional help. These children may require medical intervention, but they also need appropriate techniques and resources to help them to develop resilience to deal with life’s challenges and stress. I have found that Transformational Breath® is one of the simplest tools available to children to deal with stress and build resilience.

Children find it difficult to articulate what they are feeling and may experience anxiety,initially mostly in their bodies. For example, they may say ‘my tummy hurts’, ‘I feel sad, but I don’t know why’, ‘I can’t sleep’, ‘my legs hurt, my arms hurt’. To cope with symptoms of anxiety, youngsters may start biting their nails, resist going to school, refuse to eat, feel angry, or shut down and withdraw into themselves. They learn to manage these fears and anxieties through engaging in distraction, such as electronic devices and game consoles.

I have been regularly seeing children aged between 5 and 15 for individual breathwork therapy for the last 12 months. The benefits have been profound, including learning to understand that stress creates muscle tension and can affect their breathing; an often-rapid improvement in school performance; learning to begin to regulate their emotions and feel calmer and happier. Friends and teachers have noticed the difference – one boy has even received an award of a free skiing holiday following the improvement in his behaviour towards his classmates and teachers! Another has managed to stop biting her nails after three years!

Yes, Transformational Breath® is not just for parents. it is also for our next generation; our future generation. Children are mini adults. Like adults, they hold their breath when they are upset, anxious, and in physical pain. Over time, this breath-holding creates subtle changes in their breathing pattern. They might learn to breathe from the upper chest, taking short and shallow breaths rather than using their diaphragm and whole respiratory system. Our modern-daylife styles create daily stresses that result in a large percentage of people breathing with their chest. In chest breathing, the rib cage expands during inhalation and fills only the upper of the lungs with air, the bottom of the lungs don’t get oxygen at all.

To enable us to spread the gift of this powerful, self-empowerment tool to more children, myself and Sarah Jons ran a workshop. Ten children came, aged between 7 and 13, with their parent or main carer. As well as the usual yoga mats and blankets, we had lots of balloons in the room. We all began by introducing ourselves and everyone suggested what they would like from the session. Their wish list included: having more energy; to run better, to feel less stressed and to win a football tournament.

We then talked about the importance of oxygen for our well-being and how we breathe with our lungs and with our diaphragms. We asked them where their lungs are in their body and showed them where the diaphragm is. We then asked them to put their hands under their rib cage and start laughing, to help them to be aware of their diaphragm and tension under it. They found it funny and kept laughing. Then I told them how we breathe. I described it as if our breath is like ocean waves. Some children didn’t get it, so I showed them with a balloon. They imagined a balloon inside them that inflated from their belly towards their chest when they breathed in and deflated immediately as they breathed out. I then showed them how to do Transformational Breath®: – opening their mouths, breathing with their inhale longer than their exhale and with no pause between the two. We then practised it together. Then I asked one of the accompanying adults to demonstrate it as well. They then each went to their yoga mat to practice the breathing technique.

We noticed that half the children in the room were only breathing from their chest in a short and shallow way. It is known that short and shallow breathing triggers our fight or flight response. The response is the body’s defence mechanism for protecting itself from danger. A child can feel scared by the rush of adrenalin and cortisol pumping round their body. In fact, one of the children in the room told us that she had a painful tummy before she started breathing.

After five minutes’ practice, we asked them what they experienced physically. They described physical sensations of tingling and having a dry mouth, although (unlike some adults!) they didn’t seem worried about this. We then took a break for few minutes to drink water before starting the session.

We started the session with a dance to help them release tension around their diaphragm and have fun. During the breath session, their carer also helped them to breathe by putting their hands on their child’s tummy. I have found that having close contact with their carer may bring a feeling of safety and further establish a stronger bond. The children were able to breathe for 15-20 minutes. During their breath session, we asked them to ‘throw a tantrum’ and make sounds. They enjoyed moving their body and making the sound. We found that after this they started taking more breath from their abdomens. We turned some of them onto their front so the gravity of the floor would help them to breathe better from their abdomen.

After the session, they drew their experiences on a piece of paper: rainbows, sun, mountains, houses, and angels! They said that they felt relaxed and peaceful. At the end of the session, we gave them a little set of Guatemalan worry dolls so that before going to bed, they can tell a worry to each of the dolls and in the morning, they can wake up without their worries! Some of them told us that they were going to practice it every day for five minutes. The mother of one 10-year- old was especially keen to make sure that her daughter is going to practice it daily.

One of the 12-year-olds gave the following feedback:

I feel relaxed afterwards and during the session, both myself and my friend felt lots of vibrations in my hand and arms and this made me very relaxed. I am going to use my worry dolls tonight-hopefully my worries will be gone in the morning. Thank you