The Effectiveness of Transformational Breath® with Post-Traumatic Stress Disorder 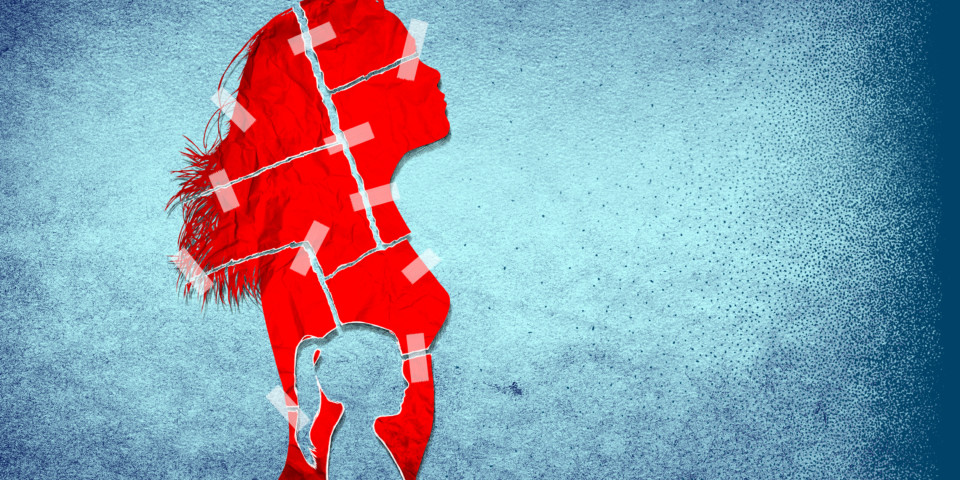 PTSD (Post-Traumatic Stress Disorder) results from exposure to an overwhelmingly- stressful event or series of events, such as war, rape, or abuse. It is a normal response by normal people to an abnormal situation.

Any kinds of trigger of trauma will bring physical, emotional, and mental responses so that we can protect ourselves. This response is called ‘fight, flight, and freeze’. It is a natural response of the body to make sure that we are safe. For a short time, it protects us, but then it becomes a standard response and usually an over reaction. So, over time, every time we get triggered and stressed, we start to respond to the trigger by fight, flight or freezing, irrespective of the severity of the stressor.

In my private practice, the largest proportion of clients who are requesting help with their breathing are people who suffer from Post-traumatic Stress Disorder (PTSD). Depending on the severity and complexity of their presenting problems, the amount of sessions they attend range from 10 to 35 sessions.

The case study below is intended to give you an overview of how I worked with one of my clients suffering from Post-traumatic Stress Disorder. I will call her by a pseudonym: Jan

Jane is a 38 year-old women who has been experiencing regular flashbacks, nightmares, dissociation, severe migraines, anxiety and depression for the last twenty years due to preverbal and later childhood sexual abuse. She is in a constant state of vigilance with a high level of physical arousal. She had tried many types of conventional therapies and approaches with fairly limited results. She refused to be on medication to regulate her intense physical and emotional sensations.

Jane wanted to try Transformational Breath® as she found it difficult to talk about what had happened to her as a child and believed in the power of her breath to work directly with the subconscious and nervous system without the interference of the conscious mind. During the first session, she explained that with the help of psychotherapy, she had learnt so much about herself, but felt frustrated by its slow progress. She believed that the body held more answers to a quicker recovery.

WHAT IS TRANSFORMATIONAL BREATH®?

Transformational Breath® is a self-help tool that enables us to achieve emotional, physical and mental balance.  It includes a connected breath with a long inhalation and short soft exhalation with no pause in between.  It emphasises the importance of breathing throughout the whole respiratory system, enabling physical and emotional wellbeing.   Unfortunately, however, most of us are unable to make use of our whole respiratory system when we breathe because our breath pattern has become restricted.

As we know,  the body retains emotions, especially unexpressed emotions.  Transformational Breath®  recognizes that traumas, painful experiences, and stressful situations trigger strong emotions and in order to suppress their impact we stop breathing. Eventually, this creates a restricted breathing pattern;  for example,  we  may breathe either using the  chest or the  abdomen with  a controlled exhale,  instead of using the  diaphragm and  the whole respiratory system.

I have worked with a range of healing treatments from cognitive hypnotherapy, Psychotherapy, EMDR and CBT; all of which are recommended by the NHS to treat PTSD. However the one treatment I would choose is Transformational Breath®  because you do not need to ‘think and analyse’;   your body does the work for you. Your body is highly intelligent and knows what needs to be cleared, where trauma is stored and what you can deal with, at any one time”.

In Transformational Breath®, we use five means to help our clients to open their restricted breathing pattern and enter the unconscious:   connected breathing, sound, acupressure, movement and affirmations.

According to Judith Kravitz, the founder of Transformational Breath®, the

way we breathe correlates with how we see ourselves, our beliefs, assumptions, thoughts, and dysfunctional behaviour. Transformational Breath® Facilitaters are able to interpret this via a process called ‘breath analysis’.

At the beginning of her sessions, Jane’s breathing was short, shallow, and fast, from her chest. There was no breath in her lower abdomen which was suggesting to me that she is quick to judge herself negatively and finds it difficult to say ‘no’ to people.

She was exhaling her breath fast and in a controlled manner. This kind of breath was causing hyperventilation and overstimulation of her nervous system. She explained that she has regular panic attacks. The fast exhale was suggesting to me that by pushing her exhale out, she was avoiding her feelings. Her throat was tense. In each inhalation, I would hear a hissing sound as if the breath was stuck in her throat. This suggested that she doesn’t feel comfortable to express herself as she doesn’t feel that she would be heard and listened to.

She also had lots of tension in her shoulders and in her chest area, mainly on the left side. This gave me insight into how she was holding on to anger and found it hard to nurture herself.

Because of the severity of Jane’s flashbacks, we agreed that we would go slowly and gently to avoid any possibility of her becoming re-traumatized. I therefore decided to give her shorter sessions until she felt comfortable with potential emotional and physical sensations which could be triggered by breathing deeply into her belly.

For the first few sessions, I also encouraged Jane to breathe more effectively from her belly: deeply, with a relaxed and soft exhale, to reduce the overstimulation of her body, so that she would experience a feeling of calmness in the midst of triggers, which were mainly recognizable by the sound of her breath and tension in the middle part of her abdomen.

This deep, full, and circular breathing pattern helped Jane to access deeply-rooted painful memories which were buried in her unconscious. Her breathing become faster and shallower. I then encouraged her to move her body and make sound to help her to release emotions. With the help of the safe environment and without being re-traumatised, she accessed intense rage.

During Jane’s later sessions, working on her throat helped her to connect with preverbal memories which were manifesting themselves through uncomfortable sensations in her throat while she was breathing and talking. She accessed again the same deep-rooted feeling of rage towards others and anger towards herself.

Once Jane started to integrate her memories and painful emotions attached to these memories, mainly shame, guilt and rage, she was able to feel compassion towards herself as a baby and as a child.

Jane made a huge progress in her sessions. This is how she described the experience:

“The sessions have resulted in almost eliminating my flashbacks; it’s as if the dial of intensity has been turned down. (I was experiencing these on an almost daily basis, with chronic feelings of suicide as part of the flashback experience) This in itself and on its own has changed my life. I have seen changes on many levels; I no longer feel depressed. My self-sabotaging behaviours have close to disappeared; I don’t use unhealthy maladaptive behaviours anymore. I have a stronger emotional resilience on a day to day basis. I feel I am able to accept myself with my flaws and reduce extreme, black and white critical thinking; I am softer and kinder to myself and others. My migraines have significantly reduced. This description is limited and only touches on some of the many examples that have led to significant change in my life which has been gained through the sessions. I have been able to safely release anger, hurt, pain and fear, much of which I didn’t even consciously realise I had, as it had been deeply locked away in my body.

It is important to consider giving shorter  sessions if we see a client having intense feelings coming up during their sessions and finding it difficult to cope with those feelings, or if we anticipate from their history that this may happen.  We  can also help them to ground themselves and reduce a potential overload by asking them to do nose breathing instead of belly breathing.  Less body mapping, to avoid overstimulation or overwhelm may  also be advisable.   We can also  use an essential oil, like sage, which helps with grounding.

In the case of Jane and other similar situations I usually work  in tandem with their GP, alerting them to my work, in order that  they receive back up  support should they need it. I also ensure that they have a good social  support network around them.

During my workshops, if I see participants are having intense emotions like Jane, I bring them into their body by doing nose breathing  instead of belly breathing and sit behind them with the help of another facilitator holding their lower abdomen so that they can come into their body. As a result of helping them to manage their feelings, they feel empowered. This also enables them to update their belief about their ability to cope with their intense sensations from ‘I am in danger’ to ‘I am safe’.

With regard to medication, for  some clients with severe depression or suicidal ideation, I find medication can be helpful to regulate their emotions. I don’t see medication as a barrier to working with them.